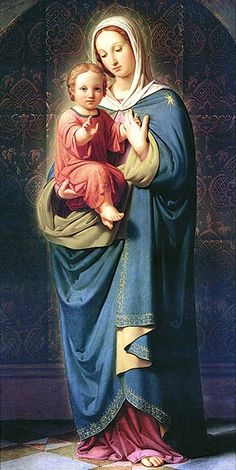 Luke 2:7 "And she gave birth to her firstborn son; and she wrapped Him in cloths, and laid Him in a manger, because there was no room for them in the inn."

tierradentro: “ Detail from Botticelli’s “The Birth of Venus” ” 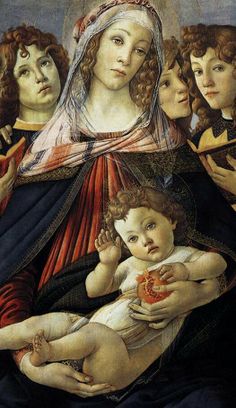 Madonna of the Pomegranate by Sandro Botticelli. In the Uffizi. On my bedroom wall. My favorite Botticelli. 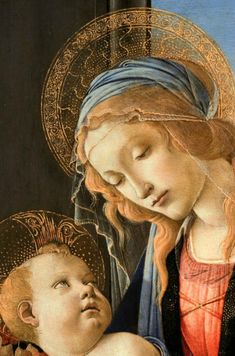 journalofanobody Tanka Diary Listen carefully, between waves and before storms, in morning stillness. Listen to her silences, the spaces between words. – Michael Boiano Artemis: Writer on Tumblr... 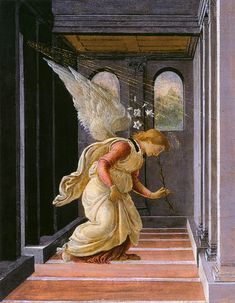 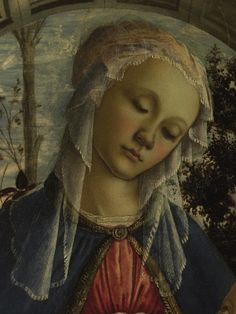 The artwork Botticelli, Madonna del Roseto - Sandro Botticelli we deliver as art print on canvas, poster, plate or finest hand made paper. You define the size yourself.

Sandro Botticelli: Venus Berlin, Staatliche Museen, Gemäldegalerie Presently exhibited in the "Städel-Museum" in Frankfurt on the occasion of the remarkable and exceptional exhibition on Botticelli from 13 November 2009 to 28 February 2010. 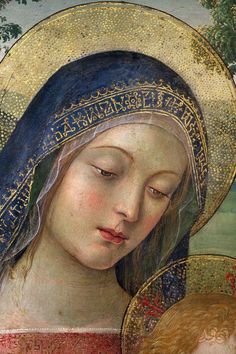 #Primavera particolare #Botticelli, (March 1, 1445 – May 17, 1510) was an Italian painter. He went to the Florentine school during the Early Renaissance (Quattrocento). Less than a hundred years later, Giorgio Vasari saw this movement as a "golden age". The patron of the movement was Lorenzo de' Medici. Giorgio #Vasari expressed this thought at the head of his Vita of Botticelli. 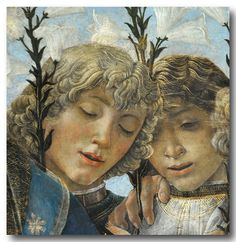 Sandro Botticelli (1446-1510) - Madonna and Child with Siinging Angels. Detail. Around 1477. Gemäldegalerie Staatliche Museen, Berlin. Little is known about the person Botticelli. We know that his family was well to do after a big inheretance of a familymember and that Botticelli gained real estate during his life, that lasted 65 years. He remained single all his life, and became one of the greatest painters of the Renaissance. He met on friendly terms with the Vespucci family, a member of… 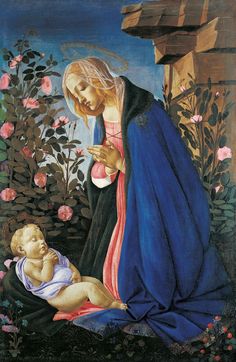 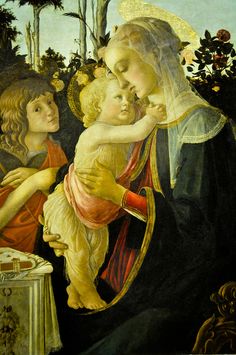 Sandro Bottichelli - The Virgin and Child with Infant Saint John the Baptist, 1475 at the Louvre Museum Paris France 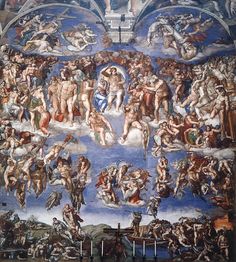 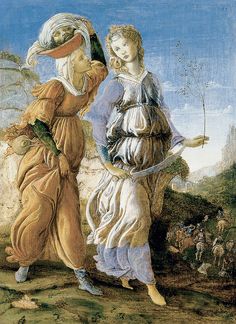 Frontside: Judith Returning to Bethulia (Reverse: Landscape with Roebucks and Monkeys, not shown here) Cincinnati Art Museum, John J. Emery Endowment Accession Presently exhibited in the "Städel-Museum" in Frankfurt on the occasion of the remarkable and exceptional exhibition on Botticelli from 13 November 2009 to 28 February 2010. 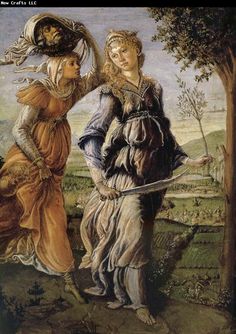 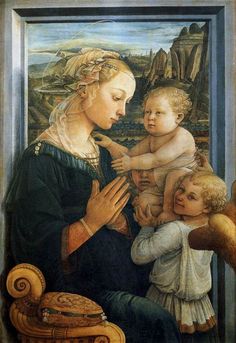