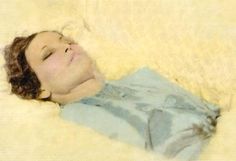 Bonnie (of Bonnie and Clyde) in her casket 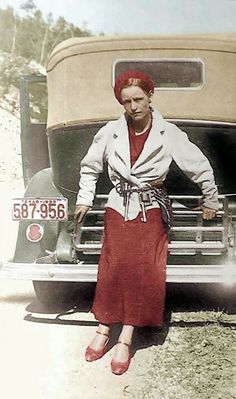 Bonnie Elizabeth Parker (October 1, 1910 – May 23, 1934). American outlaw and thief from the Dallas area who traveled the central United States with their gang during the Great Depression. At times, the gang included Buck Barrow, Blanche Barrow, Raymond Hamilton, W. D. Jones, Joe Palmer, Ralph Fults, and Henry Methvin. Bonny & Clyde's exploits captured the attention of the American public during the "Public Enemy Era", between 1931 and 1935 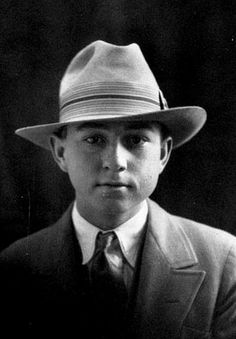 Photos of a 17-year old Clyde Barrow, on the cusp of delinquency. 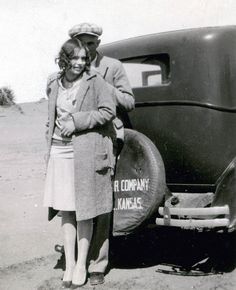 The minute I saw this photo I thought of a recent story I read about Bonnie Parker and Clyde Barrow famous bank robbers. There were great styles and this couple cuddling on their Kansas vehicle reminds me of that era. 2.50"X3.25". Shipping is $1.50 for unlimited small photos up to 5". photos are securely mailed in sealed glassine envelopes with cardboard. I have been selling vintage photos online for 5 years and have customer service as my highest priority. I do my best to sell clean… 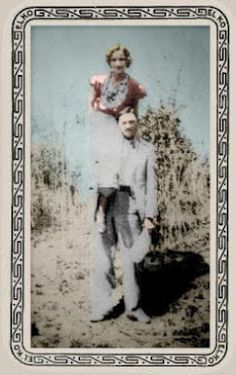 colorized photo of Bonnie and Clyde. This photo was developed from a roll of film found in the death car. By that time, Clyde usually carried Bonnie from place to place, as she had been severely burned in a car accident and was unable to walk well. It is their last photo together. 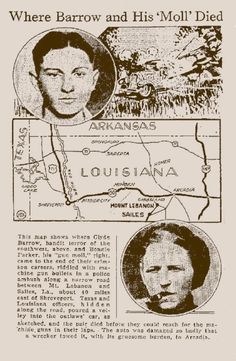 The Last Day for Bonnie & Clyde 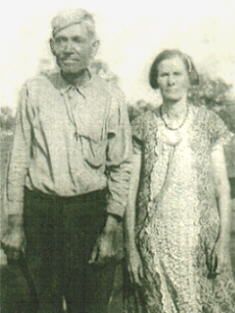 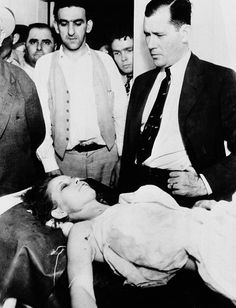 Photos: Bonnie and Clyde are killed by police

On this day - May 23, 1934 – Bank robbers Bonnie and Clyde are ambushed by police and killed in Black Lake, Louisiana. Bonnie Elizabeth Parker and Clyde Chestnut Barrow were well-known American outlaws, robbers, and criminals who traveled the Central United States with their gang during the Great Depression. The Barrow Gang included at times Buck Barrow, Blanche Barrow, Raymond Hamilton, W.D. Jones, Joe Palmer, Ralph Fults, and Henry Methvin. Their exploits captured the attention of the… 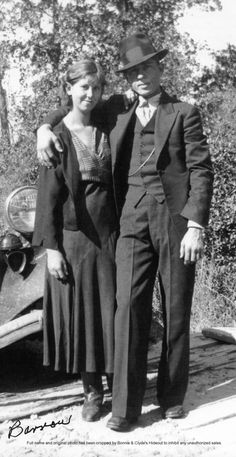 The smoke from the fusillade had not even cleared before the posse began sifting through the items in the death car. Hamer appropriated the "considerable" arsena of stolen guns and ammunition,... 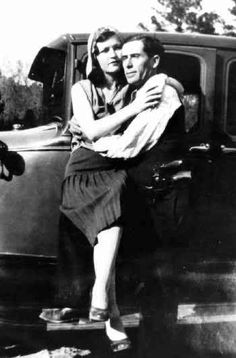 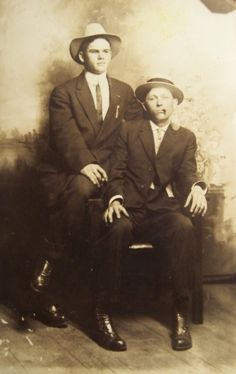 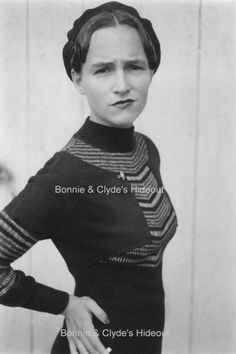 Say hello to Bonnie Parker. This is a picture of her when she was working in Dallas, and before she went all Bonnie and Clyde.

The Real Bonnie and Clyde | By all accounts she was a little spit-fire who smelled terrible and ...: 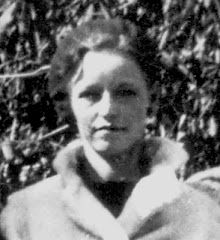 Is this the face of an outlaw's daughter-- or the inquisitive look of a young lady destined to know her own happiness, while also searching in vain for a truth she may never know?? One thing's for sure within Bonnie & Clyde History-- there's never a shortage of stories regarding these most iconic of American outlaws-- no matter how outlandish the claims. It can also be said, that among some closest to Bonnie & Clyde's families-- there can exist an "extra" measure of defensiveness and oft… 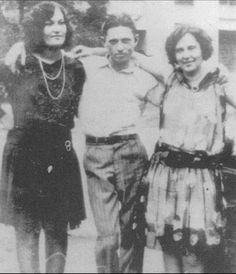 Clyde with sisters, Nell and Artie Barrow. - Clyde was the fifth of seven children of Henry Basil Barrow (1874–1957) and Cumie T. Walker (1874–1943). They migrated, piecemeal, to Dallas in the early 1920s as part of a wave of resettlement from the impoverished nearby farms to the urban slum known as West Dallas. The Barrows spent their first months in West Dallas living under their wagon. When father Henry had earned enough money to buy a tent, it was a major step up for the family 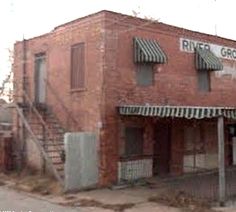 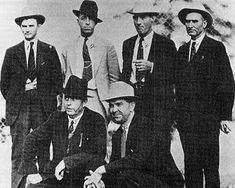