Live Aid mastermind Bob Geldof once told his fellow Irishman and journalist Joe Jackson he would never update his 1986 autobiography 'Is That It.' Joe Jackson now suggests that "in ways the two interviews, each roughly 10,000 words long, and two thirds of which has never been previously published, from 1989 and 2001, that make up my book about Bob are, in ways an update of his autobiography. 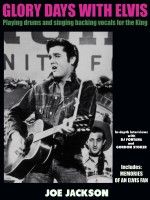 Glory Days With Elvis, an Ebook by Joe Jackson

Joe Jackson is a freelance Arts correspondent with The Irish Times. He also is an author and broadcaster whose radio shows include ten one-hour specials titled 'The Essential Elvis.' He also happens to be a life-long Elvis fan and this book contains a fragment of memoir and his major in-depth 1989 and 1990 interviews with Elvis' original drummer DJ Fontana and with backing vocalist Gordon Stoker

Tori Amos: Soul Searching and Uncensored contains an new Back Story, also My Spirit Walk With Tori Amos, a 3,5000 word fragment of memoir about how meeting Tori Amos changed the author's life and it includes the complete unexpurgated, sometimes to to 8,000 word texts of four of the most in-depth and provocative and personal interviews ever given by Tori Amos.

Tori Amos: Soul Searching and Uncensored contains an new Back Story, also My Spirit Walk With Tori Amos, a 3,5000 word fragment of memoir about how meeting Tori Amos changed the author's life and it includes the complete unexpurgated, sometimes to to 8,000 word texts of four of the most in-depth and provocative and personal interviews ever given by Tori Amos.

Gabriel Byrne: The Joe Jackson Interviews Plus, an Ebook by Joe Jackson

In 1988 The Irish Times claimed that an Irish rock magazine was "noted for its probing interviews conducted by" author, journalist and broadcaster, Joe Jackson. That same year, Jackson interviewed Gabriel Byrne for the first time. After reading that interview Byrne said "that is the first totally honest, soul-searching interview I have done."This is the back story of that, and a 1992, interviews. 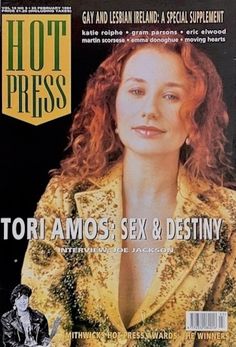 THE TORI AMOS INTERVIEW. Copyright: Joe Jackson Tori Amos smiles mischievously and whispers “dare me to go under that table to get it back!” I do. And she does, without asking permission of our fellow diners in a plush London restaurant. They smile nervously as she resurfaces mumbling something about having lost her bottle top.… 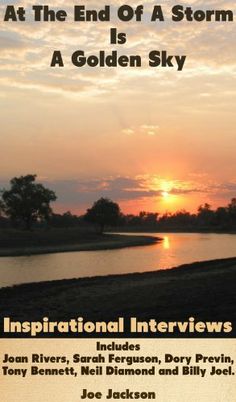 At The End Of A Storm Is A Golden Sky 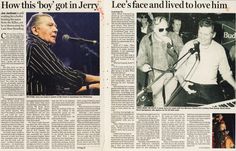 Blog Archive “Jackson is a tenacious interviewer. Just as his subjects start to relax, he throws them that question from hell you wouldn’t have the nerve to ask, “Tell us about the wife-beating, Richard” – this, to Richard Harris. Match him against someone he believes is a hypocrite and he enters the fray like a… 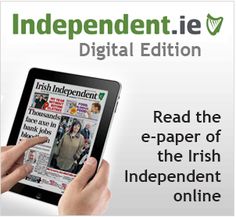 A song for my mother

A Mother’s Love Is A Blessing

“This isn’t just a celebration of your mother, it’s a celebration of all mothers.” That was the comment made by a friend of author, journalist and broadcaster, Joe Jackson in 2009 after she read... 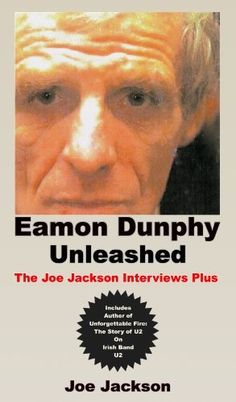 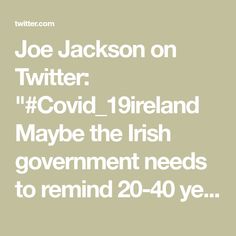 “#Covid_19ireland Maybe the Irish government needs to remind 20-40 year olds, who seem not take Coronavirus seriously, and thus putting lives at risk with “touching me/touching you” sing songs in Temple Bar, that half the victims in critical condition in France are under 50 .” 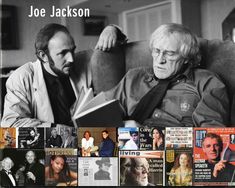 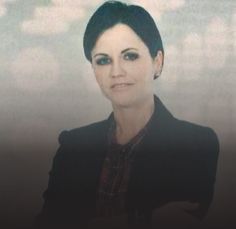 The Cranberries are pissed off. Or, at least, they’re pretending to be. Y’see, the guys in the band seem to think that every time they talk to this magazine Dolores gets the bulk of the space and they’re side-lined into a box containing a few cursory quotes. Maybe that’s why, this time round, we’ve been told we must “talk to all of the Cranberries or no-one at all.”