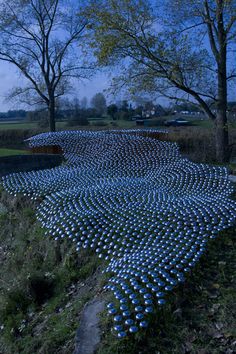 landscape sound art! | "Nature 2008" by Ronald Van Der Meijs. Materials: welding, chrome bicycle bell caps | "The installation 'Nature' is a site specific composition from 5000 chrome bicycle bells that are swaying in the wind of the polder in a natural way, as a reed. Causing them to call each other in a rather subtle manner and cause a soft twinkling noise." 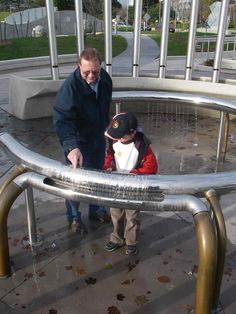 ReadingCities.com domain name may be for sale

hydraulophone, a sound sculpture and musical instrument that you play by putting your fingers on water jets 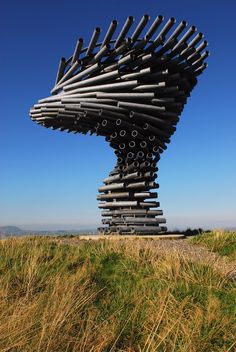 The Singing Ringing Tree is a wind powered sound sculpture resembling a tree set in the landscape of the Pennine mountain range overlooking Burnley, in Lancashire, England. Completed in 2006, it is part of the series of four sculptures within the Panopticons arts and regeneration project set up to erect a series of 21st-century landmarks, or Panopticons across E. Lancashire as symbols of the renaissance of the area. Designed by architects Mike Tonkin and Anna Liu of Tonkin Liu 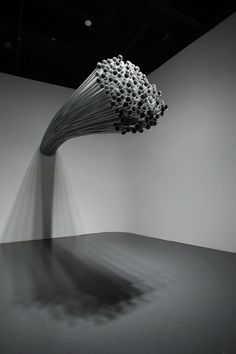 :: “My artwork begins with an assumption that “mankind is in continuous pursuit of new desires.” All kinds of desires are exaggerated, minimized, and deleted in order to achieve a pre-establi…

Cylinder [extraversion.co.uk] is a small collection of physical data sculptures based on STL file data captured by the analysis of sound samples from spaces, creating site specific sculptures reflecting the acoustic of an environment. A mapping of the frequency and time domains produced cylindrical forms that represent the specific spatial characteristics of the sound input. Physical versions of the digital 3D models were then "printed" in 3D using stereolithography. 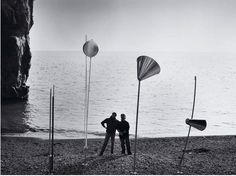 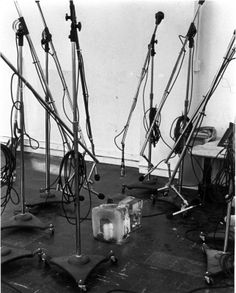 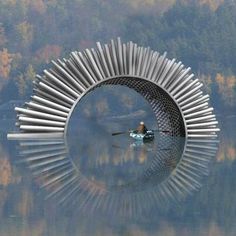 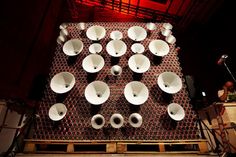 Make Something From Nothing 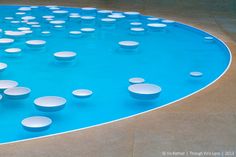 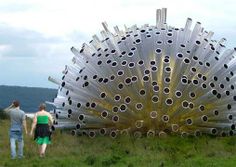 sound sculpture of tubes in england