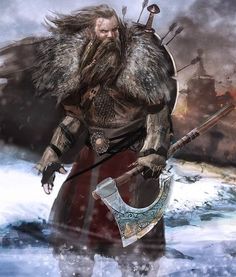 Viking to Valhalla: A Warrior Who Always Wins the Fight

Our old Viking warrior was about to reach his “retirement age”. He was sad and nervous for fear that he could not make it to Valhalla in time. Odin would never accept anyone dying in the bed. Because all the warriors who chanted along the Valhalla had to die in battle. 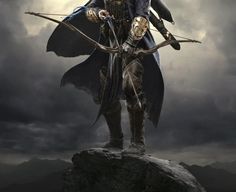 😲😲Gunnar Hamundarson: Viking Warrior Got Killed for Slapping Wife ✨When Gunnar came up age, he had to find someone who could care for his family when he was away for making fortune and earning fame. 👉He had to marry a wife. He proposed and married Hallgerðr Höskuldsdóttir [...] 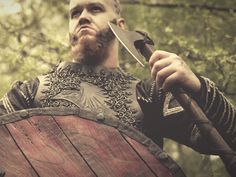 Death, in the Viking belief, was the only way to find Odin in their afterlife. But not all kinds of death could deserve a seat in Valhalla. Only those sacrificing in battle could join Valhalla. Dying of old age or sickness was not something glorious in Viking age. Because of this, the old man could not see his Odin [...]

Vikings and Pirates: What are The Differences?

Physiological warfare is important, not only just for Vikings and pirates but also for any warriors of any time. Death was not an intimidating concept for the Vikings. When a Viking warrior sacrificed himself in battle, he would be the chosen one to join Valhalla with Odin the Allfather the supreme Viking god. Death was not a scary thing for those who had for themselves an afterlife they had been desiring for their whole life.

✨The Vikings first demanded tribute from Count Odo the Protector of Paris. But the Franks refused. Siegfried decided to apply the past military tactics leading the ships up the flow of the Seine. 👉The Vikings again asked for tribute and got refused for the second time. There, they began to attack the Grand Chatelet on the right bank. They used mangonels and catapults to throw large stones and javelins into the city.

👉The main purpose of the boar formation was to break through the lines of the enemies. 👉The Svinfylking was a battle tactic where the warriors armed to the teeth would take part. 🖐The sheer force was powerful enough to punch a hole right in the formation of the enemies' frontline. After breaking through the lines, the Viking warriors turned the battle in their favor. 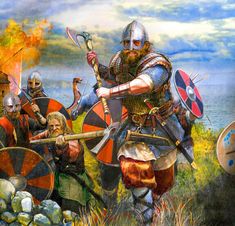 👋👋Viking Raids 🖐Raiding was, in fact, a desirable task for the young man while the mature man was set to settle down. 🖐As the Vikings believed, raids were an important test to find out how strong a Viking was and find out what their fate was destined to be. 🖐Raids would bring the Viking fame and wealth, both of which were the most important parts for a man to thrive.

🗣These Norsemen had taken over the Orkney Islands. And what is destined to come comes... 👉The first Vikings moving to Orkney settled down there around the late 8th century. They used the Orkney islands to launch voyages and raids. Gradually, they dominated the island. 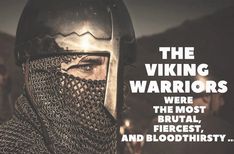 What Difficulties the Vikings Encountered?

⁉️ What Difficulties the Vikings Encountered ⁉️ 👉The common knowledge is that the Viking warriors were the most brutal, fiercest, and bloodthirsty. They, however, were not born to be that way. 👉Facing many difficulties and enduring the hardships to survive built up not only the physical appearance but also the mental power of the Vikings...

Thor and the Mjolnir Hammer

💥💥Thor was a hammer-wielding god whose power was about lightning, thunder, and storm. He was the son of Odin the Allfather and a Giantess named Jord. 💥💥Thor was one of the most respected and mighty war deities. He had iron gloves, a griddle doubling his power, and an invincible flying hammer called Mjolnir...

Who Was Associated With Fire in Norse Myth?

🌠🌠🌠King Ragnar was allegedly executed in a pit of vapes and the executor was King Aella of Northumbria a part of Anglo-Saxon kingdoms. There, Ragnar's sons formed the Great Heathen Army and set out to seek revenge for the death of their great father.

Thor and the Mjolnir Hammer

[...] Thor did not ride a horse; instead, he traveled in a chariot drawn by male goats called Tanngrisnir and Tanngnjóstr. The wheels of the chariot made a noise like thunder when Thor raced across the heavens. 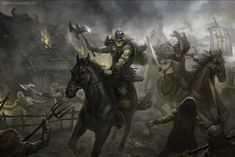 Why Palnatoke Hated Harald Bluetooth That Much?

[...] If you are a Viking enthusiast, no more words to explain who Ragnar was. Long story short, he was a powerful Viking legendary king. Allegedly, the attack of Lindisfarne was carried out by Ragnar Lothbrok as a counter-attack to the Christians who wanted to make the Vikings submit to the cross. Lindisfarne's attack aimed at the land of holiness in Northumbria. This attack sent a wave of shock and fear toward the Anglo-Saxon kingdoms. Ragnar the King did prove them wrong.

💥💫Indeed, the image of the Viking ax has deeply ingrained in the minds of people who care about the Viking age. The Viking ax was subtly designed for speed, deadly attacks, and clever movements as well [...]