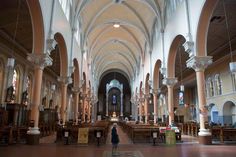 Saint Valentine
Be My Valentine
DublinTrailBloodSaintsMessagesDisplayStreet

Whitefriar Street Church – a shrine to St Valentine is in the Church. His relics are on display along with a phial of his blood.People visit St.Valentine throughout the year leaving messages and wishes in a dedicated book placed at the shrine, so make your wish! #LoveDublin #DublinBeMyValentine 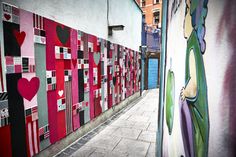 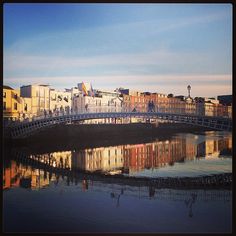 The Ha’penny #Bridge is one of Dublins most popular landmarks – and a hotspot for lovers! 'Love locks' are a recent tradtion where couples write their names on a padlock and then throw the key into the river as a symbol of their undying love. Spoiler Alert: the bridge also features in Cecelia Ahern’s Book 'How to Fall in Love'. Christine and Adam meet on the bridge and at the end of the book, it is back on the bridge where they realise they love each other. #DublinBeMyValentine #LoveDublin 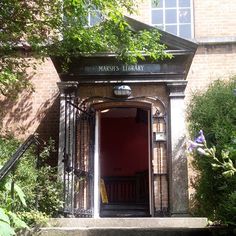 Old WoodRunning Away
Be My Valentine
Book Collection3 YearsDublinSearchingTrailOld Things

You may not expect romance in a library but hear us out! Archbishop Marsh founded the first public library in Ireland in 1701. Its said that his niece left a letter when she ran away to get married and the Archbishop is said to be still searching for it in the library at night. There have been two marriageproposals here in the last 3 years! #DublinBeMyValentine #LoveDublin 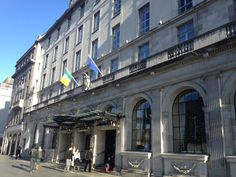 Stop by The Gresham Hotel, where #MichaelCollins, the heart throb of his day, was engaged to Kitty Kiernan. The pair met regularly in the Gresham until Collins was tragically killed in 1922 at the outbreak of the Civil War. Kitty later married but never stopped loving Michael. Her dying wish was to be buried alongside him in Glasnevin Cemetery. Collins’ female admirers still leave flowers on his grave to this day.#DublinBeMyValentine #LoveDublin 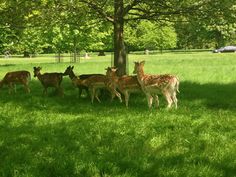 The perfect spot for a #romantic stroll in the city, the #PhoenixPark in Dublin is one of the largest walled parks in Europe! Fun fact: The Phoenix Park is also the setting for the poem by Paul Durcan ‘Making Love Outside Áras an Uachtaráin’. Saucy! #LoveDublin #DublinBeMyValentine 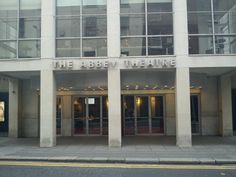 Fun fact: Playwright JM Synge and actress Molly Allgood met at the Abbey and had a long affair which only ended with his death. It is also the subject of Joseph O’Connor’s novel Ghost Light #LoveDublin #Dublinbemyvalentine 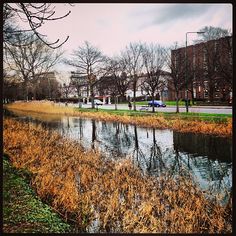 Take a stroll down the Grand Canal, where writer Patrick Kavanagh penned ‘On Raglan Road’ a wistful poem about unrequited love said to be written about Hilda Moriarty. It was set to music by Luke Kelly and has been sung and recorded by many Irish artists from Luke Kelly of Dubliners fame to Sinéad O’ Connor #loveDublin #Dublinbemyvalentine 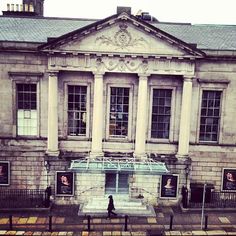 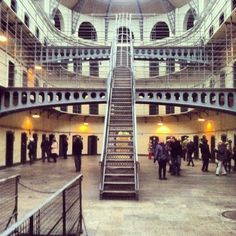 Visit Kilmainhal Gaol, where James Plunkett, a poet and a leader in the 1916 Rising, married the love of his life, Grace Gifford in his prison cell in Kilmainham Gaol the night before his execution. Grace wore widow’s black clothing forever afterwards. The folksong ‘Grace’ by Jim McCann immortalises their love story #lovedublin #dublinbemyvalentine 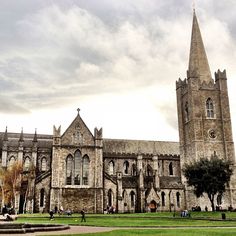 Did you know that Jonathan Swift, poet and author of Gulliver’s Travels, is buried in St Patricks Cathedral beside his long time female companion Stella. He was involved in a complicated flirtation (or was it an affair?) with a younger woman called Esther Vanhomrigh whom he dubbed Vanessa. A lock of hair, assumed to be Esther’s, was found in his desk, wrapped in a paper bearing the words, "Only a woman's hair" after his death in 1745 #loveDublin #Dublinbemyvalentine 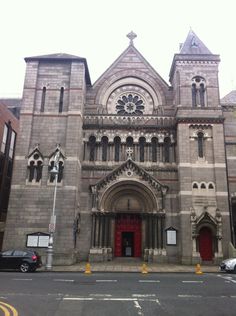 This Valentine’s night come out of the woodwork and enjoy a night under the stars in charismatic Temple Bar where two of Ireland’s most loved acts will take to the stage. Both acts will perform an acoustic set which will soothe and serenade as the sweet voice of Ham Sandwich lead singer Niamh Farrell and the stunning Cathy Davey take over Meeting House Square. #lovedublin #dublinbemyvalentine 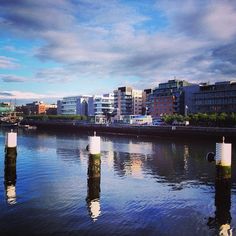 In keeping with the theme of Valentine’s Day, keep your eyes peeled for the colourful ukulele-playing poet as she spends the afternoon playing to the people of Dublin along the River Liffey. Enjoy her comic rhymes and quirky little melodies while she serenades the public with roses and chocolates close at hand. Whether Moon River is your thing or maybe you just fancy having a laugh along with the funny ditties and jests the Ukulele Poet performs, this event will at the very least, have you… 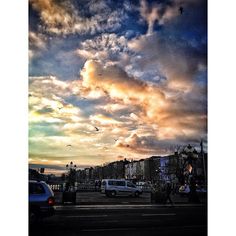 It’s that time of the year when love is in the air and there’s no getting away from it. Especially if you’re walking around Dublin city on Valentine’s afternoon because actor Paul Curley will be on the prowl as he poses as the director of a film crew. He’ll be on the lookout for passers-by to participate in a wacky photo-shoot involving a range of custom-made props and accessories including an extra-large photo frame to capture the perfect portrait with you and your loved one or family… 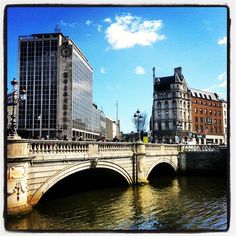 If you can make a better attempt at love poetry, head out for an afternoon stroll around the city because you might catch a glimpse of a guerrilla lyricist lurking around the streets. Catch storyteller and poet Paul Timoney as he recites his own love poetry on O’Connell Bridge, Ha’penny Bridge & Millennium Bridge Valentine's afternoon #loveDublin #dublinbemyvalentine